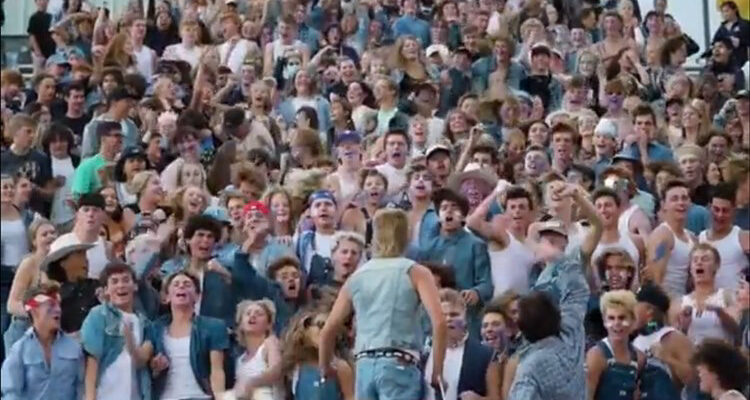 In 2015, yours truly began covering Student Sections in Orange County, California. We expanded to Southern California in 2017 and last year, we added four more states. This past winter, we expanded to 19 states.

Now, we are going to 40 states. This is still a one-man operation for the most part.

I know that Student Sections have a lot of work to do to get the students to the games to cheer on their classmates and go along with the theme and make sure they don’t cause trouble. These student sections deserve recognition.

We will kick off the Student Section season with Preseason Football Student Section Rankings. REMEMBER, this is a PREVIEW. It is merely a prediction. The real rankings come out in November or December.

If you feel your student section isn’t ranked high enough or not ranked at all, let us know and we’ll keep a close eye on them.

So far we have previewed the Top 40 Preseason Football Student Section Rankings in Tennessee, Alabama, Alaska, North Carolina, Texas, the Los Angeles Region as well as the Watch List for Hawaii and Indiana.

In each state, we will name one student section to look out for. A student section that doesn’t get talked about a lot by us or others and for Utah, it’s the Farmington Rowdy Crowd. As I mentioned, to get noticed as a top Student Section in Utah is tough as this state is loaded with amazing Student Sections, but I have to give some love to the Rowdy Crowd. They are consistently showing off their school spirit and from what I see they can hang with the best in Utah. Keep an eye out for them!

Will the Rowdy Crowd of Farmington crash the party in Utah? Let’s find out!

This is an insane Student Section. The large numbers and the intensity this Student Section brings is amazing, but they know they have company as 11-13 Student Sections in Utah were ranked Nationally in the Winter, so this is anyone’s game, but the Stable will be ready. It’s one of those Student Sections that is worth making a trip for just to look at.