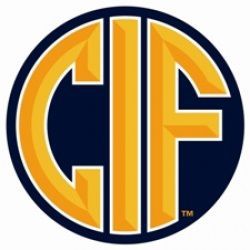 Here are my picks for this weekend!

The last time these two teams played each other was in 2016 for the SoCal Regionals. I covered that game and watched Cathedral Catholic survive the last comeback against the Gauchos. RB Shawn Poma had a big game in that one and I expect him to rinse and repeat. LB Jordan Allen will look to stop QB Jake Garcia and the Narbonne offense. The Dons beat Narbonne again and head to the CIF State Finals.

I picked both these teams to lose in the CIF-SS Finals. I definitely blew that one. RB Cameron Davis will look to extend the Scots season an extra week. If LB Justin Flowe and the Upland defense can stop RB EJ Gable and the Trailblazers offense, then the HIghlanders advance to the CIF State Finals.

The Saints have the tough task to stop RB Lontrelle Diggs. A tough task for LB JT Penick and the St. Augustine. LB Josh Henderson will lead the Lancers to victory. Grace Brethren heads to the State Finals.

South Hills is looking to complete their undefeated season, but RB Jordan Wilmore has been a beast for the Cardinals and it will be a tough task for South Hills RB Juaquin Elliott to match up with DE Naki Fahina leading the Lawndale defense. Lawndale hands the Huskies their first loss and heads to the State Finals.

The Centaurs have a tough task against Lincoln. QB Zevi Eckhaus will lead the offense while LB Cortez Wright will lead the Culver City defense against the Hornets WR Jamahd Monroe. Culver City takes the close victory and heads to State.

The Eagles are going to face another big test, but this won’t be a one sided affair. RB Jordan Goodloe will look to lead the offense for Eisenhower, but Cats RB Christian Hunter is going to be a tough one to stop. If LB Gabriel Ortiz can stop Goodloe and the Eagles offense, then Kaiser will head to the State Finals.

Morse will keep going with their running game and their duo, Shamar Martin and Isiah Thompson. LB Logan Jacobi will look to stop the Tigers running game for CVC. Morse runs to the CIF State Finals.

The Bulldogs will look to bounce back after losing the CIF-LACS Open Division Finals. RB Peter Jason Garcia will look to outrun Kennedy RB Tyreak Walker, but if Garfield LB Nick Delgadillo can shut him down, then Garfield will head to the State Finals.

The Pioneers are coming off their first ever CIF-SS title in the programs history thanks to the arm of QB Anthony Munoz, but they run into a powerful San Gorgonio offense led by QB Jordan Pachot and RB Elijah Hall. Spartans head to the CIF State Finals.

The Cavers are looking to not cave in the CIF Regionals. With their running duo of RB Raiden Hunter and RB Mo Jackson. Linfield Christian has a strong running back of their own in Kenric Jameison, but I have to go with San Diego in a close one.

Strathmore is looking to repeat as CIF State Champions and will look for another big game from RB Alonso Acevedo. The Saints have other plans with their offense. RB Marshawn Buchanan and WR Cory Jones will lead Adelanto to the State Finals.

DE Ja’Quez Harvey will look to lead the Locke defense against the Patriots running game, led by RB Cael Patterson. While Patterson does his thing, DL Carlos Galan will shut down the Saints and lead Orange Glen to the State Finals.

The first CIF State Finals comes in Division 7-AA. Santee RB Joseph Todd will look to carry the workload, but Denair has been battle tested. I’m going with Denair to take the State Title.