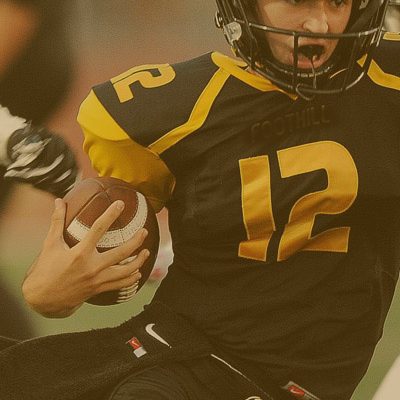 Not a bad start to my picks in Week Zero after going 16-4 on my picks. My apologies to Santiago of Corona, Woodbridge of Irvine, La Costa Canyon of Carlsbad and Carlsbad. I should have never doubted you. I must have not had any trust in the Carlsbad teams last week.

Centennial came away with a very impressive win over Nationally ranked Chandler of Arizona thanks to a big game from WR Gary Bryant Jr. With the QB trio of Ala Mikaele and Carter Freedland. OLu QB Ryan Hilinski, who is committed to South Carolina, will need to go all out next week and throw a ton to stay with a motivated Huskies squad. Centennial wins.

The Sharks can throw the ball with QB Nat Castillo or run it with RB Vincent Pacleb. Rancho Verde can also run the ball with RB Xavier Ugorgi, but Santiago is riding on momentum after beating Murrieta Valley. The Sharks take another bite at victory!

RB Martinique Finn ran wild for Oak Hills last week, but LB Ika Tuatala will try to stop him. RB Kenny Teter will try to run wild himself for Heritage and take the win.

Vista Murrieta has a solid defense this season led by DB Myles Martin and LB Samuela Mounga and if they can stop Los Al RB Keanu Norman, then the Broncos should get the W.

After getting shut down by St. Louis of Honolulu, QB Jaylen Henderson should have a much better performance for the Gauchos as long as DB Paul Edwards III stops WR Keon Markham and the Long Beach Poly offense. Narbonne gets their first win.

The Lions got an impressive win over Chaminade of West Hills thanks to a big game from DE Kayvon Thibodeaux and RB Zach Charbonnet. Oaks Christian should get another win.

Paraclete is coming off a tough one point loss last week are looking for Melquan Stovall to lead the Spirits to victory, but QB Ryan Stevens will look for the same with Chaminade. LB Blake Antzoulatos should give the Eagles the edge.

Westlake has another tough one, but with QB Marco Siderman throwing to QR Jason Heller, the Warriors should handle DL Isaac Anderson and the Mission Hills defense.

RB EJ Gable should have a much easier game for the Trail Blazers after being smacked last week. DB Makeel Esteen will hope to help Lawndale by shutting him down. WR Corey Jones should give Sierra Canyon the win.

Running back Chris Street and wide receiver Tarik Luckett helped the Lions to a close to perfect game last week. They now run into Calabasas team led by WR Johnny Wilson. JSerra gets another win.

QB Peter Costelli had a big game for the Santa Margarita, but he runs into the DIablos. DB Akili Arnold will try to put a stop to the Eagles while Arizona State-commit QB Joey Yellen does his thing. Mission Viejo beats their neighbors from the south.

The Friars will have to score more than 17 points to take care of Norco and they should with QB Blaze McKibbin and WR Cade Rosenkranz leading the way over RB DJ Ford and the Cougars.

I kept going back and forth on this one, but in the end I’m going with RB JC Montgomery and Trabuco Hills over RB Rai Sagastume and the Mariners.

The crosstown rivalry is back. Both these school aren’t fond of each other. Well they are, but you get what I’m saying. Knights RB Ramon Pistone had a big game last week, but I’m going with RB Mike Mierez and the Tillers, but the passing game will have to improve with QB Romario Alvarez, although Tustin is always known for the run game.

WR Jaydel Jenkins is the go-to receiver for the Tritons, but if LB Michael Stearns and the Torrey Pines defense stops him, they still have RB RJ Donaldson. One Town, one team, San Clemente wins.

The Knights have a solid duo on defense with LB Mitchell Barnett and DB Maverick Martin. It will be tough for QB Jaime Odom and the Foothillers. San Marcos for the win.

The Saints defense will look for another shutout while RB Byron Cardwell and WR Michael Ambagtsheer run the offense against DT Carson Drake and the Santa Fe Christian defense. St. Augustine takes the win.

The Dons will go to RB Shawn Poma while having LB Jordan Allen try and shut down RB Rense Garner and the El Camino offense. Cathedral Catholic gets their first win.

Despite the loss, the Otay Ranch defense played well and they should continue that with linebackers Miguel Felix and Dylan Zolezzi. RB Mateo Sinohui will look for another big game for Valley Center. Otay Ranch will get the win.