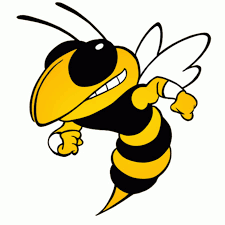 Well this was an interesting week.

A lot of games either got pushed back a day or were cancelled as Mother Nature wasn’t having it.

A few teams did manage to get a game under the belt on a wet and scary Friday night.

Kudos to the student sections that worked overtime to cheer their football team on.

Representing Orange County was the Capo Valley Cage of Mission Viejo. The Cage, like most student sections, had to follow their football team on Saturday.

The Cage got up on a Saturday morning to cheer on their Cougars in their tough 35-26 loss to San Clemente.

What was impressive is that even though it was a Saturday morning game, the Cage still brought a good number of fans that were willing to throw some baby powder in the air. A bit dangerous with the damp weather that morning.

The Cage missed all the good Saturday morning cartoons shows, but I’m sure it was worth it.

Representing the San Diego Region was the Cathedral Catholic Los Locos of San Diego. Los Locos went, well Loco on Homecoming night in their 21-0 victory over Christian of El Cajon.

Los Locos is one of the better student sections in San Diego and it showed. This is a loud bunch that has enjoyed a great season from one of the 15 best football teams in SoCal.

Representing the Inland Empire was the Ramona Rowdy Rams of Riverside. The Rowdy Rams enjoyed a huge performance on the field in Ramona 48-15 victory over La Sierra of Riverside.

The Rowdy Rams were rowdy and they never took a break. They kept going at halftime with a mascot-off. No need for a pit stop at the snack bar, the Rowdy Rams had plenty of energy in them and they have shown everyone that they are one of the most improved student sections in Southern California.

At the end of the day, it was the student section representing the Los Angeles Region. The Oxnard 12th Man went nuts in the rain and enjoyed a 43-14 Oxnard victory over Rio Mesa of Oxnard.

The baby powder, the streamers and the fog machine were on full blast and i’m sure Rio Mesa was upset that the Yellow Jackets had extra help behind their bench.

The student section champ this week hails from up top of the LA Region as the Oxnard 12th Man is the SoCal Student Section of the Week for Week 8.

I spoke with the 12th Man and asked them what it took to be on top top this week.

You guys are the Week Eight So Cal Student Section of the week, beating out the Ramona Rowdy Rams, Cathedral Catholic Los Locos and the Capo Valley Cage. What did it take to stand out as one of the best in Southern California?

In order to be one of the best spirit sections in Southern California it took a lot of convincing to some students mainly telling them school spirit is something that makes your high school experience way more memorable.

My most memorable football we attended in the student section was the Oxnard High School vs Pacifica High School Rivalry Game. The Student Section was so packed there was no room in the stands to sit down .

One of our favorite themes for football games was the white out theme. Everyone had to wear white attire and altogether the student section looked in sync. It showed that the students had school spirit to the point where they followed the theme .

A chant that is always exclaimed at our football games is a party chant that basically challenges each team and attendees to make it known the party is on our side .

My least favorite chant is when the opposite side tries to show they’re more serious about their school spirit rather than us, yet they fail .

Besides Oxnard High’s spirit section, I have seen Channel Islands High schools student section and it is just as good as ours.